“There is no bad whiskey. There are only some whiskeys that aren’t as good as others.”

As a follow-up to our previous article on The Best Bourbons Under $40, we’re going to help you figure out the difference between bourbon and rye whiskey with the best rye whiskey under $40. As before, all whiskeys on the list can be purchased for $40 or less, and we ranked them in order of our personal preference. Before we get started, however, we should note that from a value perspective, bourbon and rye are not created equal. Making rye whiskey is an arduous process with a challenging yield and the cost is adjusted accordingly. In other words, rye is frequently more expensive than bourbon.

Difference Between Bourbon and Rye

In the USA, “rye whiskey” by law, must be made from a mash of at least 51% rye. Other ingredients of the mashbill are often corn and malted barley. Rye whiskey must be distilled to no more than 160 proof (80% abv), and aged in charred, new oak barrels. The whiskey must be put into such barrels at not more than 125 proof (62.5% abv). Rye whiskey that has aged for at least two years and has not been blended with other spirits can be designated as “straight rye whiskey.”

In our experience, a major difference between Bourbon and Rye is that you often have to invest $50-$60 on a rye to expect the same level of quality as a $40 bourbon. So while this list uses the same price threshold as our bourbon article, we’re dealing with a slightly different level of spirit here. That being said, each whiskey on this list stands out at this price range and is worthy of your time and exploration. But as Raymond Chandler so aptly noted, some just aren’t as good as others.

Why we chose it: If you like your rye sweet and uncomplicated, this is your dram. The nose is pleasant but somewhat muted, with light floral notes mixed with dill, sweet mint, and tropical fruit. The palate starts out a bit harsh but mellows quickly to a light, clean finish. Redemption falls squarely into the easy-drinking category and makes a great option for a mixer. The difference Between Bourbon and Rye for the redemption brand is night and day. Their bourbon hasn’t impressed us, but their rye caught our attention a few years ago with their age stated barrel proof. 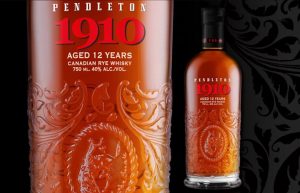 Why we chose it: At 12 years Pendleton 1910 is easily the oldest rye on this list, and likely the oldest you can find at this price range. But don’t let that fool you – this is not a big oaky whiskey. Instead, the flavor is sweet and soft, with light herbal, tobacco, and candy notes shining through. Pendleton is an exceedingly accessible whiskey that brings some truly unique qualities to the table. Go in with an open mind (i.e. don’t expect an American rye flavor profile) and you won’t be disappointed. 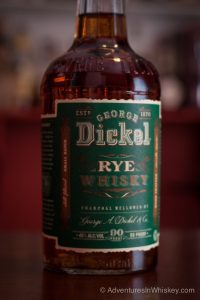 Why we chose it: Dickel Rye may come from the same distillery and mashbill as Redemption Rye, but it is a markedly different (and better) whiskey. For starters, the flavor profile is much more diverse, with clove, pepper, and milk chocolate accompanying the dill and mint. Additionally, it is much drier on the palate, which helps keep the focus on the rye by muting the sweetness. In the end, Dickel is a no-brainer at $25 and has enough unique qualities to warrant daily sipper status. 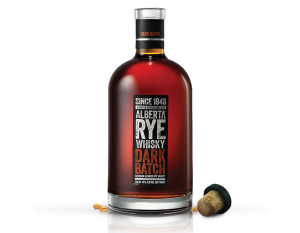 Why we chose it:  We admittedly had no idea what to do with this whiskey. On one hand, it is a distinctive, unquestionably tasty pour that absolutely shines in a cocktail or with just a few ice cubes. Alternatively, whether it qualifies as a rye whiskey is debatable since the producer blends Old Grand Dad bourbon and Oloroso sherry in with their 100% Canadian Rye (91% of the total blend). Regardless, Alberta Rye Dark Batch is just too interesting to leave off this list. Our recommendation – make yourself a Dark Batch Manhattan. You’ll thank us. 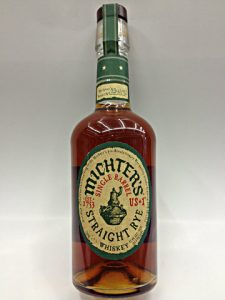 Why we chose it: Michter’s can be a bit divisive due to their lack of transparency regarding their source distillery, but it’s hard to deny that they release some good whiskey. The US-1 Single Barrel Straight Rye Whiskey packs more punch than the proof might suggest and delivers a nice balance of pickles, rye spice, and lingering sweetness. Overall, Michter’s is a well-balanced pour that is complex enough to enjoy neat or with a splash of water. For Michter’s, the difference between Bourbon and Rye isn’t that far apart until you get to the 10 year rye, and then the rye stands alone. Try the Michter’s Straight Rye in a Vieux Carre for something special. 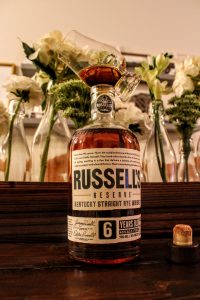 Why we chose it: The nose on Russell’s Reserve 6 yr. delivers big, bold notes of cracked rye (it actually smells like rye bread), sweet cinnamon, and vanilla. The palate showcases more cinnamon, black pepper and a subtle oakiness that gives the whiskey a dry, lingering finish. Whether you drink it neat, on the rocks, or in a Manhattan, Russell’s Reserve 6 yr. Rye delivers everything a classic rye whiskey should. For Russell’s Reserve, the difference between Bourbon and Rye Whiskey is argued heavily, both are quality Wild Turkey products that are worth tasting. (Note: We also suggest trying the Russell’s Reserve Single Barrel Rye. It may be the best readily available rye on the market)

Why we chose it: A standout Canadian Rye Whiskey that exemplifies what you can do with a 100% rye mashbill. Somehow Lot 40 manages to be simultaneously aggressive and soft, with big rye notes balanced perfectly with sweet vanilla, caramel, and stone fruit. Our only complaint is the proof. At 43% ABV Lot 40 can be a bit thin at times, leaving you to wonder just how good this whiskey could be at or near 100 proof. Still, this is a distinctive pour that any rye lover should seek out. 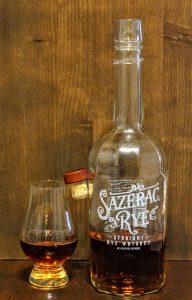 Why we chose it: No top rye list would be complete without Sazerac Rye Whiskey. While the nose opens with a surprising amount of alcohol, a few minutes in the glass unveils waves of thick rye spice, black pepper, and earthly cloves. The alcohol burn carries over to the palate but is balanced well with dark fruit, more pepper, tobacco, and red hot candies. Whether you enjoy your rye neat or in a cocktail (the bottle states that it is the perfect choice to make a Sazerac Cocktail), “Baby Saz” will not disappoint. If there is such thing as a quintessential rye whiskey, this may just be it.

Why we chose it: The lower rye mash-bill is immediately obvious on the nose, with more caramel and butterscotch than we have ever encountered in a rye. In fact, Rittenhouse could easily be mistaken as a bourbon based on aroma alone. However, the first sip is unmistakably rye, with spicy-hot cinnamon and clove forming the backbone of a rich, creamy palate. Throw in some some dried fruit, burnt brown sugar, and baking spices on the finish and you have yourself a truly decadent whiskey. Rittenhouse is not as “rye” as some of the other ryes on this list, but it’s just too darn tasty to rank any lower. Oh, and at $25 it’s easily one of the best bargains out there. 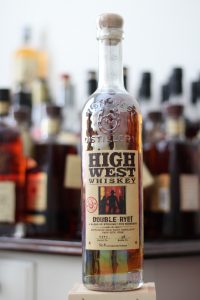 Why we chose it:  Double Rye Whiskey is a steal at this price range. The nose is big and bold, with tons of rye spice, cinnamon, and notes of mint and dill lingering in the background. These flavors carry over well to the palate with brown sugar and maple ushering in a lingering sweet finish. Double Rye Whiskey is undeniably rustic (fitting for whiskey with a cowboy on the label), but also manages to bring a level of refinement that was lacking in other ryes on this list. If this whiskey was $50 we would still recommend it without hesitation. Difference between Bourbon and Rye whiskey with High West is massive, their rye runs circles around the bourbon. Sp, find a bottle and enjoy it with someone who will appreciate a truly unique rye that drinks well above its price tag.

Be sure to check out other reviews and write-ups in Slurred Speech!