How to Spot Bad Bourbon

When you’re a regular Bourbon Sipper, you’re bound to come across a pour every now and then that just doesn’t cut it – Bad Bourbon. These are often considered amongst the community to be “drain pours.” A bottle so gross you wouldn’t use it as a mixer, in fact, you wouldn’t give it to your worst enemy. We have shared our opinions on Whiskey Drain Pours Here.

We’ve developed a guide that should help enhance your spidey senses when it comes to identifying these bad bourbon bottles before you purchase them.  It needs to be said that there are certainly exceptions to these parameters, but each additional factor that applies should increase your skepticism that you’re about to buy a bad bourbon.

Whiskey 4 years and under is frequently found in the drain pour category.  The lack of time spent maturing in the barrels generally brings forth an acetone nose and flavor that smells like your strongest kitchen cleaning agent. Similarly, NAS or No-Age-Statement whiskey likely means that the distillery intends to decrease the age of their bourbon in the future or isn’t proud of how long they allowed it to age in the first place.  Again, this isn’t always the case but something to look out for.

There are certainly many elegant looking bottles that contain stellar bourbon, but we have found time and time again that bad bourbon can frequently be found in attractive looking bottles.  This of course is marketing at its finest. You can put lipstick on a pig, but it’s still a pig. It’s like your mama always told you, it’s what’s on the inside that counts. If you see a flashy bottle, pump the brakes and look for more warning signs.

Everyone knows old bourbon or “Dusties” are all the rage so when you’re eying a bottle, and it’s brand new but looks like it was designed many years ago you should keep your wits about you – it may be bad bourbon. 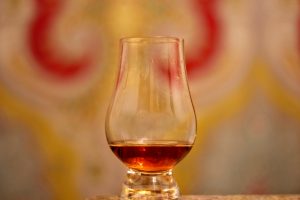 If the bottle prevents you from seeing the contents, you may already have your answer. If you can see the color,  American Whiskey should be Amber or a shade of Golden Brown. If your bourbon looks yellow like a light beer, you’re in dangerous territory. The biggest exception we’ve found to this sign is with Boondocks Whiskey, it’s light in color but heavy in flavor.

Yes, we’re saying it. Micro or Small Barrels simply haven’t produced the quality we’ve seen in standard barrels.  So, if you read on the label or find out that the whiskey you’re about to buy was aged in micro barrels, don’t say we didn’t warn you. Timber Creek Distillery in Florida was able to produce a respectable whiskey from their 15 gallon barrels, but they are one of the few we’ve seen.  Once again, not a dealbreaker by itself, but one of the things to look for.

The flavor profiles of conventional grains like corn (sweet), rye (spicy), and barley (toasty) are consistent and interact with oak in predictable ways. The flavor profiles of less conventional grains, such as quinoa, oat, or spelt impart nutty/earthy notes that vary widely and become increasingly funky when aged. It may just be that we are not accustomed to these flavors in whiskey, but it could also be that they just yield unappealing distillate.

All in all there are many incredible choices out there and bourbons you will love to enjoy with friends and family, so don’t fall into the bad bourbon trap.  We want to reiterate, the above list is not all-encompassing nor does it absolutely imply that you have found a bad bourbon.

Taste For A Cure!