PSA: WHISKEY DRAIN POURS MAKE YOU LOOK LIKE A JERK

Whiskey probably plays a significant role in your life if you are reading this article. You are probably in multiple groups that exist for no other reason than to view, discuss, and in some cases, share whiskey.

You probably have friends that you met through a mutual appreciation for whiskey. And you’ve probably spent a not-so-insignificant amount of time and energy hunting down your favorite bottles. In short, you love all-things whiskey. Some people view the popularity of whiskey only as a quick way to make a few bucks, but I have always felt that the vast majority are here because they are passionate about the product and have a true respect for the process that takes it from grain to bottle.

I still think I’m right, but my optimism is being challenged as of late.

Over the past few months I have noticed a perceptible increase in the number of “XX is total garbage” posts in bourbon groups. Inevitably, many of these are accompanied by a video of the poster dumping the whiskey down their drain to further emphasize their disgust – the infamous “drain pour.” In the whiskey world, drain pours have become the ultimate form of public product shaming. After all, what better way to show your disapproval than pouring some of your hard earned money down the drain, right? Wrong.

I have several issues with drain pours, but let’s start with the obvious – you are wasting whiskey. Yes, you don’t like it – we get that – but do you really need to post a video of you dumping the product to get that point across? Are you really that starved for attention? Instead, why not just post it at a reduced cost in a group? Or better yet – give it away to someone who will appreciate it. Some of the whiskeys I see being poured down drains, including Elmer T. Lee, Blanton’s and Michter’s, are difficult to find in many parts of the country and have a very loyal following. I’m sure plenty of people would be happy to take it off your hands. 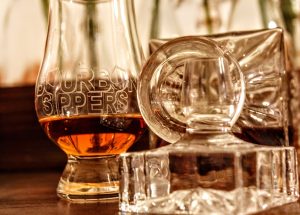 Next, if a company is going about their business in an honest, open manner and are genuinely trying to release good products, why disrespect that effort just because it doesn’t agree with your palate?

That’s the equivalent of going to a fancy French restaurant and throwing your plate on the floor because you didn’t like the dish you CHOSE to order. Maybe you just don’t like French food. Or maybe it’s just you.

And lastly, you look like a jerk. I have never watched a drain pour video and thought to myself, “Now there is a reasonable, mature individual.” Quite the contrary – you look like a petulant child refusing to eat dinner just to annoy or get attention from their parents. What, that chicken fried steak isn’t good enough for your refined taste? Great, pass it over.

And while we’re at it, let’s proactively address three of the more predictable (and tiresome) responses that this article is bound to elicit.

I love whiskey and I respect the people who produce it honorably. I have met and become friends with amazing people because of whiskey. And whiskey has afforded me the opportunity to have experiences that I probably don’t deserve. STOP SHAMING MY WHISKEY!

You Won’t Get Pappy This Year, So What Should You Buy?
Scroll to top