Libbey Glass Inc. maker of *The Official Tasting Glass of the Kentucky Bourbon Trail* has been forced to recall roughly 229,000 Bourbon Taster Glasses due to two reports of two-dozen glasses breaking.  The report claims that the glasses can break during normal use, “posing a laceration hazard.”

This recall involves 8 oz. Bourbon Taster Glasses.  The glasses are made of clear, colorless glass and measure about 3 7/8 inches tall.  The glasses have one of three logos laser-etched on the bottom of the glass:

Currently no injuries have been reported related to the glass breaking. In the event that your glass breaks, be sure to yell “Mazel Tov!”

What Time Frame were the bad glasses bought?

The Bourbon Taster Glasses are sold in some distillery gift shops, restaurants, and were available for sale online between May 2017 and October 2017.

Consumers should immediately stop using the recalled glasses and return them to the place of purchase for a full refund.  Commercial customers should contact Libbey to arrange for a credit, full refund or replacement and may call Libbey at 800-982-7063 between 8 a.m. and 5 p.m. ET, Monday through Friday.

Gift Giving Season is Upon Us.

At roughly $8 a pop this could be a 1.5-2 Million dollar hiccup for the glassmaker. That’s right, TWO MILLION DOLLARS – almost enough to buy a bottle of Pappy Van Winkle. 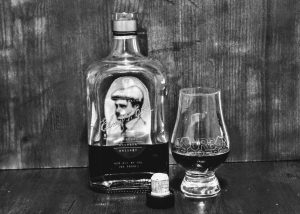 How Old Is My Whiskey?

Whiskey Glasses – The Popular and the Provocative
Scroll to top