Blue Equity which already owns two Party Mart stores in Louisville, will be heavily favored for liquor sales in the state after purchasing Liquor Barn for $26 Million. 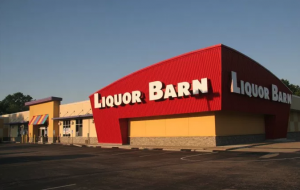 Jonathan Blue, Managing Director of Blue Equity announced the purchase of Liquor Barn from publicly traded Liquor Stores N.A. of Edmonton, Alberta, Canada.  Liquor Barn has 15 stores across Kentucky with six stores a piece in both Louisville and Lexington.

Corporate offices and all operations will be moved to Louisville and it will become the largest locally owned and operated retail chain of spirits, beer, wine and party goods in the state, according to Blue Equity.

Should We be concerned for employment?

This move will “secure nearly 175 full-time jobs for the commonwealth and build on the $10 million annual payroll base as well as continue to grow the business,” said Jonathan Blue in a statement.

“The Party Mart stores will remain for now, but any new launches will be under the Liquor Barn name,” he said. “We’re already in the business in Louisville, and we wanted to bring the jobs back to Kentucky. … Any time we can bring jobs and revenue back to the state, and create construction projects with renovations, we want to do it.”

Liquor Barn stores may or may not have been the number 1 location for parking lot photos or “crotch shots” as it were. It is uncertain whether or not the new ownership will handle bourbon allocation the same as former ownership.

As for Liquor Stores N.A.

They will also be entering into negotiations for the sale of its 51% interest in Birchfield Ventures LLC (“Birchfield”) which owns two stores in New Jersey.

According to GlobeNewsWire “The completion of both of these transactions will result in the reduction of the Company’s long-term debt levels by up to $47 million (US$ 37 million), along with extinguishing its obligation to purchase the remaining 49% interest in Birchfield as early as January 1, 2019, currently valued at $12.4 million.  As a result of these transactions, the Company will also not need to fund the significant renovation costs that these stores would have required.

The Company is also currently in discussions with a third party about the sale of its store in Norwalk, Connecticut (the “Connecticut transaction”).”

If this puts a damper on your Pappy allocation, be sure to check out our list of which wheated bourbons you should drink instead. 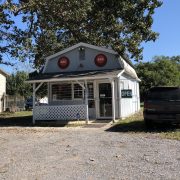